The last day of Spring had sprung.

In anticipation of a mammoth day of eating (and drinking), I started my day interval training by running up stairs. A quick flight to Melbourne from Sydney and my eating extravaganza began. Starting with a long, long lunch at Casa Ciuccio.

Casa Ciuccio resides on Gertrude Street, in the ever-hip & unsectarian hub of Fitzroy. Whilst this house is Italian in name, the menu draws on broad Mediterranean influences. This is no Ma & Pa checkered tablecloth, Fettuccine Bosciaola, Dean Martin “That’s Amore”,  shop front, but an elegant, welcoming and stylish destination with a bent to the cuisine of those places the Romance Languages originate (Italic based languages: Catalan, French, Italian, Portuguese, Romanian, and Spanish).

Lunching in the private dining room affords you some special treatment extras. Guided up the stairs of the converted terrace, I was directed to the sunny outside deck alongside the Chooch Bar and promptly provided with a Goblet of Summertime deliciousness– a cocktail of Rose, Liquor 23, lime and an assortment of summer fruits. With all the fruit, seriously, who really needs a Vitamix? I felt I was doing something good for my body and inducing happiness, all at the same time. For maximum effect, we had a few more. 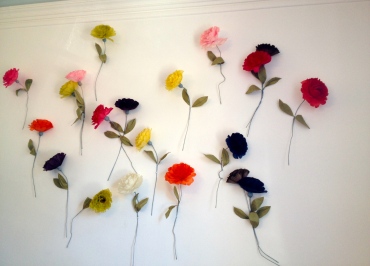 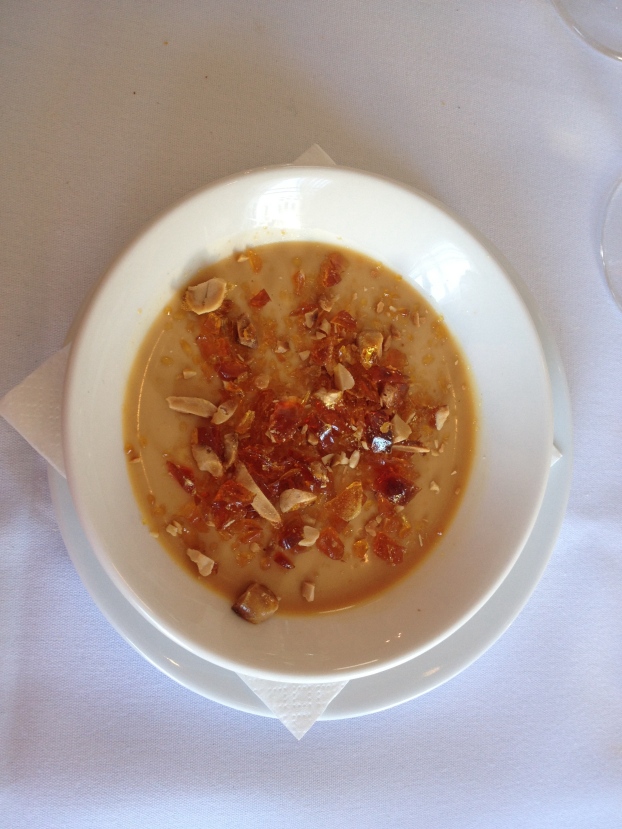 We opted for The Family Feast package at $65pp. Contrary to what the name suggests, it is not a bucket of the Colonel’s finest legs and breasts, but a feast to be sure. The dishes are designed to be shared and the nibbles are moreish. I couldn’t tell you the timing of the plates, though we remained on the deck from the Olives to the Piementos de Padron. There are no guarantees in life, but I was hoping I would bite into a cheeky, hot pepper – apparently, every fifth chilli is a hot one. No luck. If you’re dining a la carte here, definitely one to order. The peppers were aromatic, charred to perfection; still crisp and not too sweet.

We were ushered to the private dining room, on the promise of Cava and so obediently complied. – The room is elegant and welcoming and makes you feel just a little bit posh. It’s airy, light and a little grand. It makes you feel as though you’ve stepped back in time – for the formality of it. A proper pass-the-salt-type dining table centres the room, with a sideboard silver service, drinks trolley and the odd kitsch ornament. Heck, they even make Carnations look cool.

All the substantial plates were succulent and tasty. Although a little anaemic in appearance, the pork belly was good. Really good. I could taste sherry in the accompanying jus, sweet and ever so slightly tangy. The chicken dish was moist and fragrant. For me, the standouts dishes were without doubt, the prawns, along with the couscous salad. The prawn dish was mastery in its simplicity. There is something special about preparing crustacean in its shell. There is a sweetness that you can never replicate without their armoury and these sea creatures were charred to elegant perfection. So, so tasty.

Casa Ciuccio is a terrific venue, equally for small groups or largish ones. And the service? It was stellar.

A selection of imported cheeses