I’d been referred to a little haunt for my Singapore layover en route to India, by my most excellent, local expat informant. Keong Saik Snacks was the hottest place in town, alongside the neighbouring bar, The Library. With exactly 5 hours to execute a whirlwind bar & dining experience & be ready to board a plane to the next port, my plus one and I had little time to waste. Sunset drinks at Lantern Bar at the Fullerton Bay hotel was the perfect start to break journey and a quick dash though the lobby and a well executed taxi queue leap frog and we were on our way.

Keong Saik Snacks is impossible to find. Not because of its elusive exclusivity, but because it no longer exists. We traipsed up and down Keong Saik Road like a pair of treasure hunters. It must be here. It just must! A quick side move to the hotel next door to ask for help and we were redirected to our original standing place outside a glass door, and a title…The Study. Perplexed we entered, sharing our utter confusion with the lovely Christine, who assured us we were in the right place.  Like a star witness, this place had been given a new identity…a new passport, name and planted exactly where it had last been seen. An excellent witness protection strategy.

The name change was motivated by patron confusion. Apparently perceived as a peanut and pretzel joint, the decision to rebrand was a good one, in my professional opinion (in the capacity of my day job – marketing). I too was a little confused by the name and well, to be honest, a little sceptical on the initial recommendation. It’s all down to trust in cases like these, but if I didn’t have the referral, I would have haphazardly stated “next” and booked elsewhere.

A relative newcomer to the stable of the very talented British chef Jason Atherton, The Study is a compact space, friendly and welcoming. A short, sharp, best-of British style menu, with some competing stand outs made selection a tough gig. We agreed to share our food and so kicked off with salt &pepper squid as well as tuna tartare with avocado & sesame. 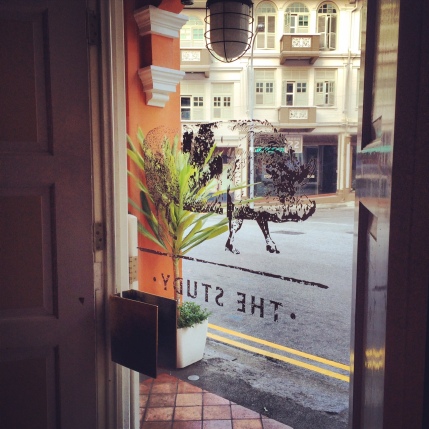 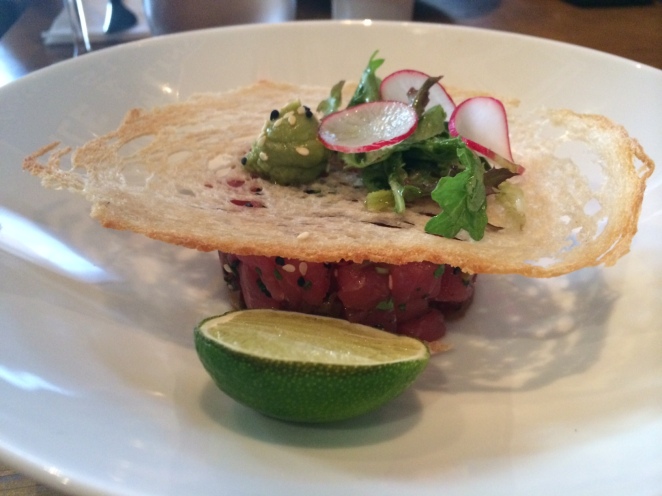 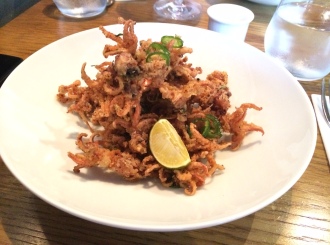 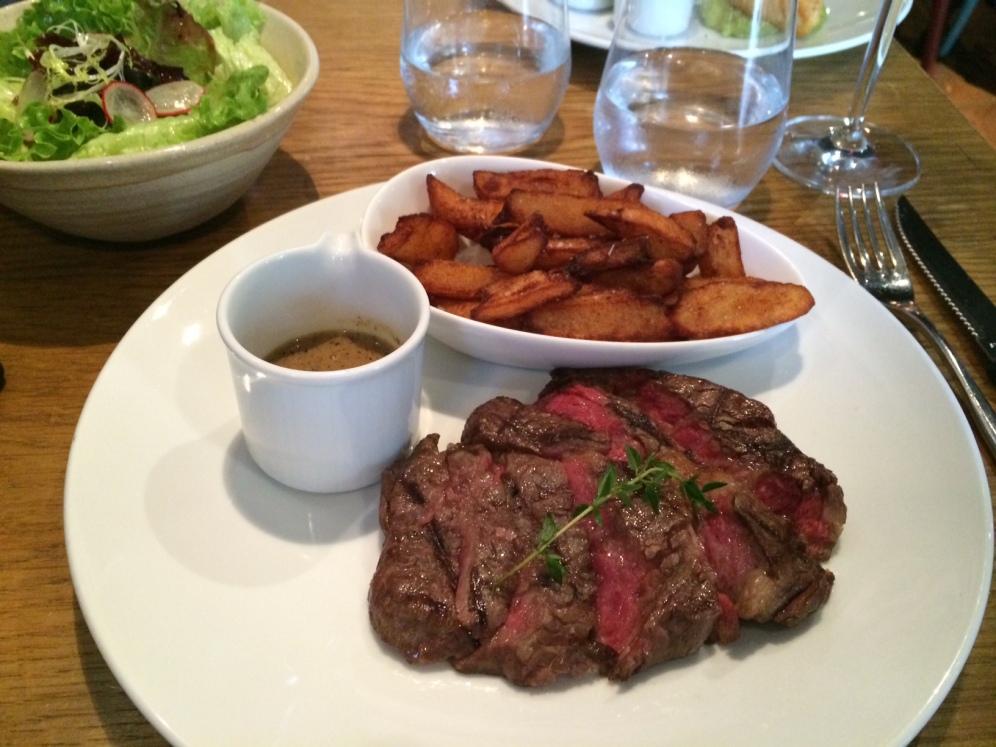 Our mains saw us share a medium-rare beef steak as well as battered snapper with mushy peas. We both had duck fat chips as an accompaniment. And I’m glad, because I would be loathe to share those potato delights.

The steak, more rare-blue than medium-rare (not that either of us were complaining. Infact, it was preferred), was tender, succulent and beefy. I was never a convert of pepper sauce- until now. This one was lovely.

We washed it down with a glass of Chilean red. We were time pressured and the lure of The Library, a secret cocktail bar next door, was too good to pass up. After obtaining the password earlier, under the guise of needing to use the facilities, we walked next door through a Scooby-doo type secret bookcase to a delightful den of cocktails. Well worth a visit too.