When the usual social media call went out for dining recommendations for our Hong Kong escapade, Ho Lee Fook was suggested more than once. Perhaps a little ironic of us to head to a former Sydney-based chef’s (Jowett Yu) Hong Kong restaurant when spoilt for choice in Hong Kong with such great food. Given the emphatic enthusiasm with which the recommendations were shared, it would have been rude not to.
Clearly a popular choice, we tried the old fashioned way of securing a table, by phoning repeatedly to reserve our table. Each time we were rejected. So, we did the modern thing and decided to encamp outside, just before opening to petition our way in. Determined we were not going to head back to Sydney without giving it our all, our resident aerosexual, Kylie, took one for the team and made it impossible for them to refuse. They folded, and offered us a table, on the proviso that we vacated in an hour and fifteen minutes. Game on.
Leading us past the wall of golden waving cats, down the stairs to a cavernous-like den, we were seated quickly and ordered rapidly. 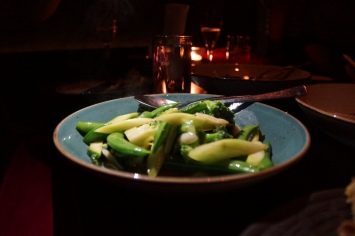 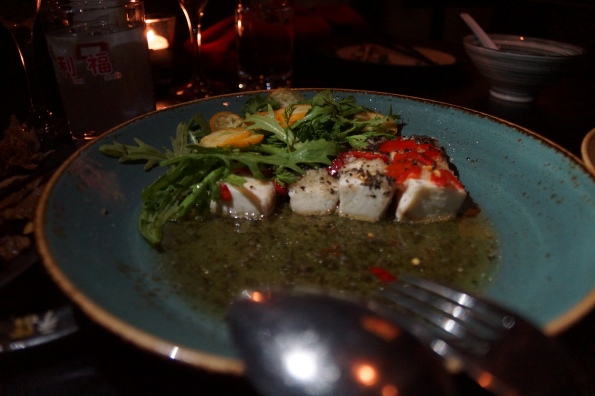 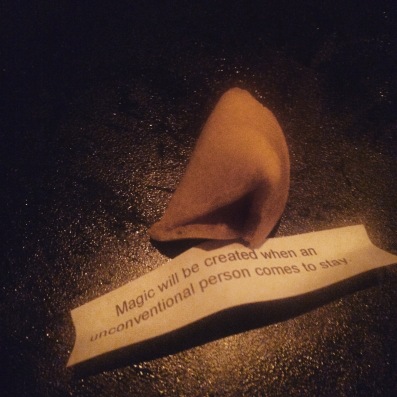 Prawn toast
Soy Chicken (half)
Grilled Pork Belly
Stir fried greens so good, we actually ordered them again. Who’d have thought the side of veggies would be such a hit?
If you’ve been to Ms.G’s or Mr Wong’s you can expect the same of Ho Lee Fook. Succulent, popping Asian flavours with an edge. Disappointingly, we did overlook the signature rib dish, which some fellow diners waxed lyrical on it’s fabulous-ness when we were walking out. Order envy big time.
This place has a sense of humour. Great service, great price. Huge fan. If you’re in Hong Kong, a visit to Ho Lee Fook is a must. Ho Lee Fook (say it fast, go on) translates to something along the lines of good fortune for your mouth. And it is.
Where?
Ho Lee Fook
1 Elgin Street, Central, Hong Kong
+852 2810 0860
www.holeefook.com.hk